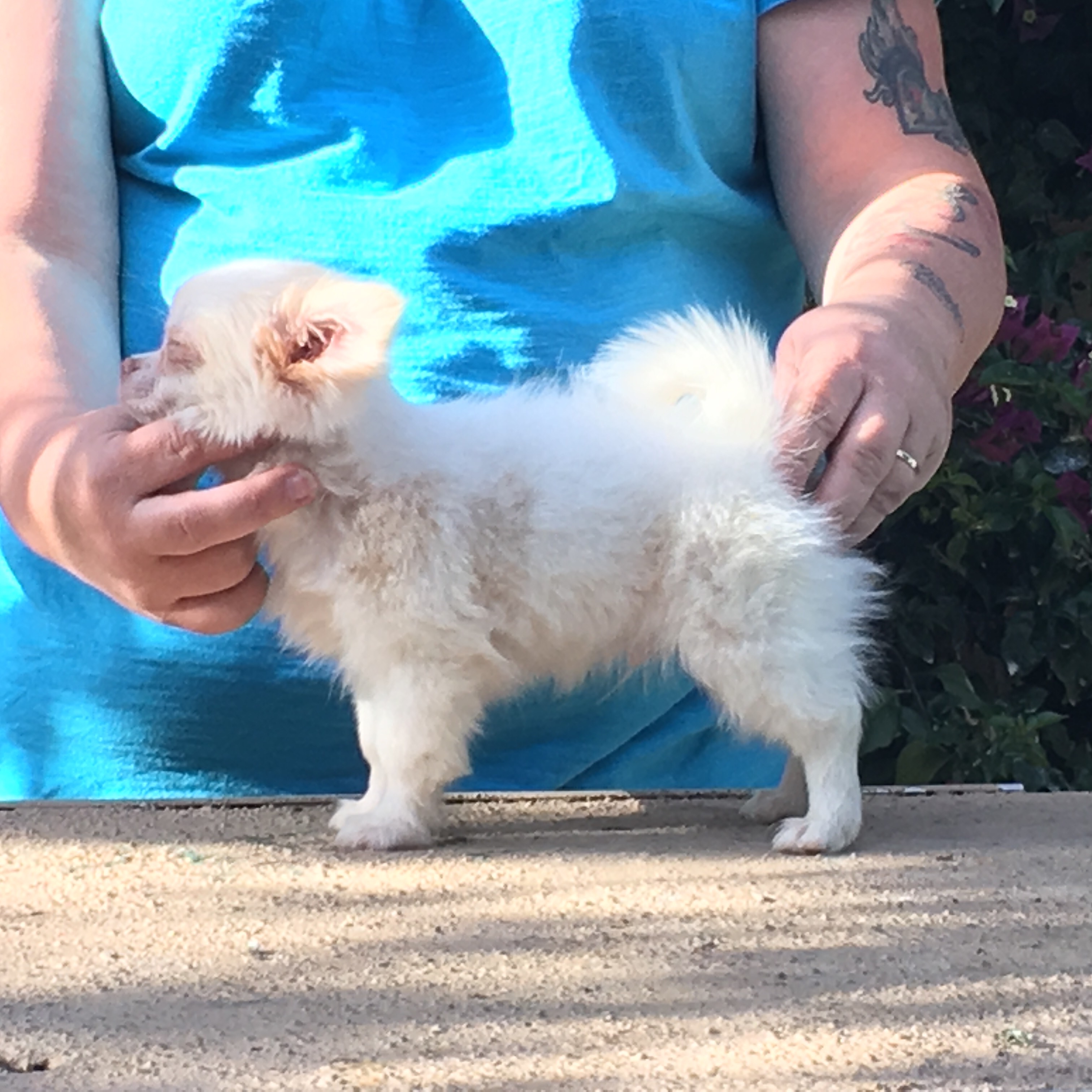 Our baby Tino was taken from us way too soon. I didn't plan on getting another Chihuahua but when I saw TJ I had to have him! He is the spittin image of Tino and to top that off he is his half brother sired by Tino's half brothers son.
I love RSC chihuahua's because they have excellent temperaments! and looks great too!

We will show him but he is mostly a pet. My son always had Tino as an emotional support dog, and he needed another one. TJ has filled the position.